Following on from a previous blog about our relationship with local primary school, Canon Street C of E Primary, the Ashbourne Hotel’s head chef, John Greenley made a much anticipated visit to teach years 5 & 6 how to make bread, as part of one of their ‘REAL Projects’.

John – a father of two, is always keen to pass on his cooking skills to the next generation, so he was in his element!  Going through the different stages of making bread, John worked with approximately 60 pupils split into 8 groups, as they worked in a ‘Bake-Off’ style challenge, each having to create their own ‘showstopper’ bread roll.

Helping each group of budding chefs, John was on hand to give advice as they all set about kneading their own choice of ingredients into their fresh dough.  Once it was kneaded, they then had to shape the rolls and prepare them for baking.  Then it was a case of grilling the chef , as John took questions from the children whilst the bread baked in the ovens. 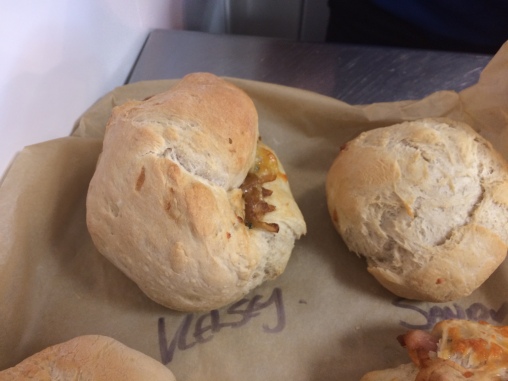 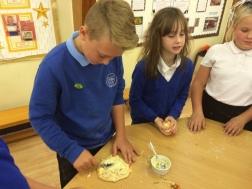 When the bread was ready, the children were amazed at how much it had risen, and John broke open a freshly baked roll so they could experience one of THE best smells in the world..!

John said “ It was such a brilliant day, and I love having the chance to share my knowledge about food, especially something as fundamental to our diets as the humble loaf.  It was great to see the enthusiasm from the children, and their creativity with the combinations of flavours going into the dough.  It certainly gave me some new ideas!  I hope this inspires them to go away and make other things at home – some even said they wanted to be chefs when they were older, which was lovely to hear.”

Overall winners were Logan and Jasmine at the end of the bake off, but each and every child did amazingly well.  The day was such a success that the school have decided to continue with baking in the new term.  And if you ever need any taste testers, just remember to give us a call! 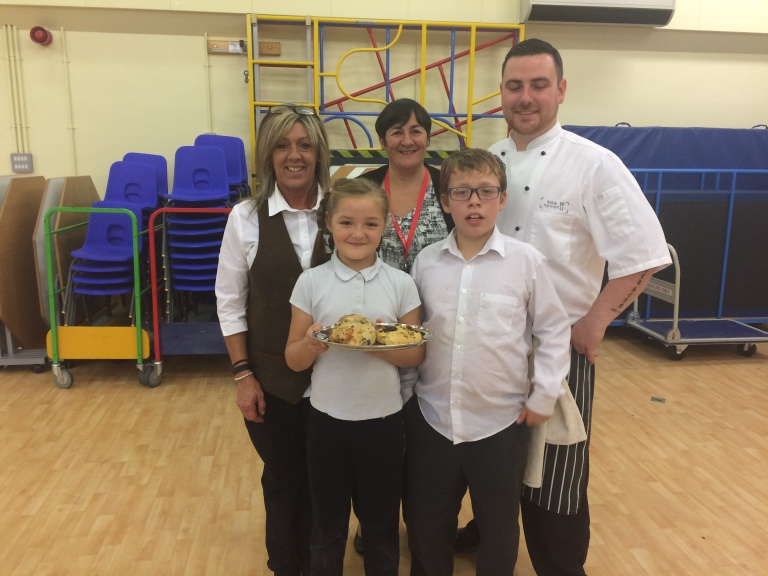